Articles and documents in German
Articles and documents in French
Articles and documents in Spanish
The Gush Shalom principles:
The Green Line (the borders of the pre 1967 war)
Will be a border of peace Between two free and sovereign states:
Israel and Palestine.
All Israeli settlers in the now occupied territories will return to Israel.
Jerusalem will be an open city, and will serve as capital to both states:
East Jerusalem will be the capital of Palestine,
West Jerusalem will be the capital of Israel.
Both parties can reach a just and agreed upon solution for the tragedy
of Palestinian refugees, based on these guidelines:
Israel will acknowledge its share of responsibility for this tragedy,
and will accept, in principle, the right of return.
The refugees will be offered several possible venues of rehabilitation and compensation.
One of these venues, will allow a limited number of refugees,
the right to return To the state of Israel,
based on a formula that will maintain the Jewish majority in the state of Israel.
These principles do not offer absolute justice, but rather,
a formula which can be accepted by the majority of the Israeli and Palestinian peoples.
An elaborate draft of a peace proposal 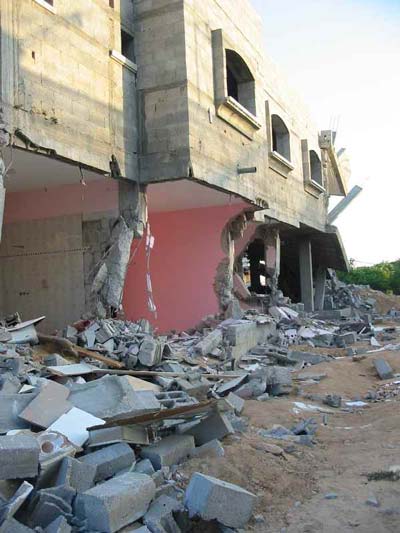 In the last weeks, The israeli army has launched a rampage into the town of Beit Hanoun.
This is a punishment action against the Palestinian civil population,
in an attempt to stop the launch of primitive rockets in the direction of Israel.
Pictures of the destruction in Beit Hanoun
We will try to update this page as often as we recieve information and images.
Last update: 10/06/03

The Campaign against The Separation Wall 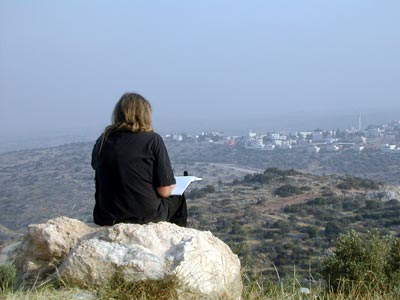 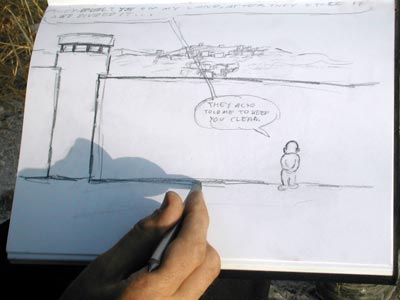 
"A Wall in their Heart"
An elaborate article on the wall, published in "Yediot Aharonot", Israel's largest paper.
"..."This is not oriental fantasy. "The Palestinians' fears are not unfounded," says Uzi Dayan,
"but their fears are no greater than the fears of the residents of Tzur Yigal."..."
(From the article)

A World Bank report:
The Separation Fence Will Hurt Palestinians Immensely.
An article on the World Bank report.
published in "Ha'aretz" 18/05/03
An Appeal from the Residents of Qalqiliya To the Aqaba Summit,
Palestinian Authority, Abu Mazen and the International Community

"I was a Human Shield"
The death of human rights activist Rachel Corrie,
crushed to death while trying to stop an IDF bulldozer,
was reason for Billie Moskona-Lerman to go to the Rafah Refugee Camp and to spend 24 hours at the most miserable place in the Gaza Strip.
A place where shooting never stops, where shells whistle by the windows,
the walls are covered with bloodstains on the walls, houses turn into ruins and people walk the streets barefooted and desperate.
She came back a different person. In a rare human document she describes her encounter with death.

With the above words, the weekend supplement of Ma'ariv newspaper (28/3/03) introduced to its readers a report,
giving a glimpse of Palestinian daily life which is very rare in the mainstream Israeli press.

The Ayalon-Nusseibeh project known as "the Peoples' Voice"


''Further fanning of the flames''
By Ash Pulcifer
8/6/03
YellowTimes.org Columnist (United States) (YellowTimes.org) -- In December of 2002,
the Pew Research Center for the People and the Press released a study titled, "What the World Thinks in 2002."
The study, containing poll results from 27 countries around the world,
examines how the global community perceives the United States.
The results of this study were shocking,
as it showed that positive attitudes toward the United States had plummeted since the election of the Bush administration.

IDF soldier
Do not commit war crimes!
War crimes will haunt you all your life, anywhere on Earth.
There is no statute of limitation for war crimes:

Download, print and distribute:
The soldiers pocket guide on war crimes. (Hebrew only)

A diary of Palestinian people under occupation,
letters and reports of ISM activists
who are here to help and witness.

add Refusnik Watch to your site